The ceremonial launch was held with the participation of the deputy head of the East Kazakhstan region Serik Aktanov and the general director of Polymetal Vitaly Nesis.

Bakyrchik mining enterprise is developing a large-scale gold mining project Kyzyl, which includes Bakyrchik and Bolshevik deposits, which refers to world-class assets. Its reserves are estimated at 280 tonnes of gold with an average grade of 7.7 grams of gold per ton. The Kyzyl ore is characterised by an extremely complex technology of gold extraction. 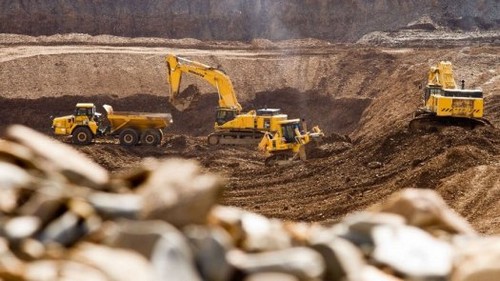 "It is because of their peculiarities that no one before Polymetal managed to establish here a large-scale industrial extraction of precious metal for a 50-year history of field development," the report said.

When BME reaches its designed capacity in 2019, production will amount to more than 10 tonnes of gold per year. "The first 10 years of Kyzyl will be open-pit mining, then the transition to underground mining is planned," the press release says.

Polymetal is the largest silver producer in Russia and one of the leading gold miners. Enterprises of the holding are located in Magadan and Sverdlovsk regions, Khabarovsk territory, Chukotka, Kazakhstan and Armenia.

Polymetal has been operating in Kazakhstan since 2009, when the company acquired the Varvarinskoye gold-copper deposit in the Kostanai region. Polymetal acquired Bakyrchik mining enterprise in 2014.

There are 990 people working at the Belarusian state educational institution. In 2018 it is planned to increase the number of jobs to 1,031 people, which is 2.3 times more than in 2014. 40% of the personnel of the employees are residents of nearby settlements.