In this interview Galym Nurzhanov, a Chairman of the Board of KazGeology, shares his vision of the prospects of Kazakhstani exploration industry, investment and the economic crisis that affected the pace of industry development. 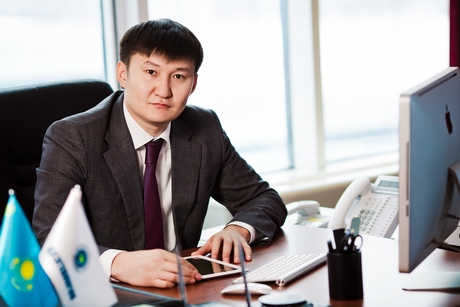 -It's not a secret that now Kazakhstan is facing the economic crisis, as well as all over the world. How does it affect the geological exploration industry?

Of course, the global economic crisis and, consequently, the reduction of budgetary financing for geological exploration of mineral resources have had a negative impact on the local geological industry. Many of the planned work had to be revised, and only the most promising projects shall be continued.

However, despite the crisis, all foreign partners of Kazgeology proceeded with the full-scale exploration works in 2015. Also, they confirm their investment plans in Kazakhstan in the future future. In addition, now we are making the preparatory activities for implementation of the new exploration projects in partnership with investors from Japan, Iran, Turkey, the United States and other countries.

-What regions and cities are the most promising in the area of exploration?

Virtually, every region has the industrial cities, such as Ridder, Zhezkazgan, Satpayev, Rudnyi, Temirtau, Arkalyk, which are formed on the basis of mining industries, and they need the proactive prospecting works to replenish the mineral & commodity base.

-Which areas are planned to be developed in the nearest future?

We ensure the geological exploration works in the frameworks of budgetary financing at 7 sites: Tastyn, Altynshoka, Kirey-Opar, Kenkazgan, Saryadyr, Itauyz in Karaganda, Arshaly, Akmola, as well as GGK in Almaty region, aimed at discovering the gold, polymetals, copper and other minerals. The preliminary exploration results have already showed a good potential of these sites from the viewpoint of discovering the required deposits.

We also prepared the proposals for the investors, including the exploration areas in various regions, depending on the popular types of minerals, which have got the preliminary approval. Unfortunately, the names of the sites can not be disclosed until the signing of the appropriate documents.

-What amounts of investments were received this year in comparison with the last one? How would you comment it?

This year we received 1.12 billion KZT from the state budget and 1 billion last year. Nevertheless, it is worth noting that in view of the crisis and reduced budget financing, the funds were allocated to continue the exploration only for 7 of 10 priority sites.

Furthermore, in addition to existing projects, we got of 5.5 billion KZT for the prospecting stage; in the first half of 2016 we signed the joint project implementation agreements with investors from Iran and Turkey for geological exploration in the coming years, amounted to about 14 billion KZT.

-What percentage of the investments comes from the State?

Within the frameworks of the projects, implemented with participation of Kazgeology, last year the budget funding and private investments amounted to nearly the same figure, but this year it is expected to excess the private investment almost in three times, compared to the public investments, because last year was the first year of private project implementation.

It is worth noting that the Kazakhstani Association of Public Reporting of Mineral Resources and Reserves (KAZRC) became a full member of the Committee for Mineral Reserves International Reporting Standards (CRIRSCO) on June 14, 2016. As expected, the entry of Kazakhstan into the CRIRSCO organization will become a new milestone in the development of exploration sector. Let us remind you that the meeting of CRIRSCO members took place in the frameworks of VII International Congress and Exhibition “Astana Mining & Metallurgy” - AMM 2016, held on June 15-16, 2016 in Astana city.