Kazakhstan’s second auction of exploration and production sites, with around 100 lots, is planned to take place at the international mining and metallurgy congress, Albert Rau, Vice Minister of Investments and Developments has announced.

“Last year, we put forward around 50 sites and sold 39, around half of which were for gold (mineral resources lots – Interfax Kazakhstan). This year, we plan to put forward 100 sites for sale, and are currently preparing the packages,” reported Rau on Friday in Astana. 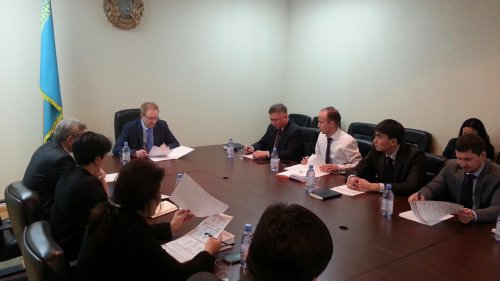 The auction is expected to be held at the 7th international mining and metallurgy congress, which will take place from 15-16 June in Astana.

Kazakhstan’s first auction for the legal right to subsurface resource management took place in December 2015. 49 sites were put forward for auction, 18 of which were for mineral extraction and 31 for exploration. 22 of the sites were for gold, 16 for non-ferrous metals, 9 for rare metals, and 2 were for semi-precious stones. 190 applications to take part in the auction were accepted.