Kazakhstan has announced a new change to its current mining codes in a bid to encourage international investment. 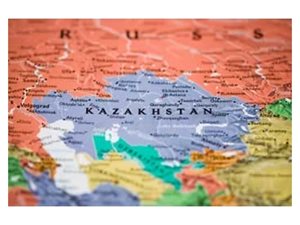 Earlier this year the Business Monitor rated Kazakhstan and Russia at the top of its Risk/Reward ratings "largely due to the substantial rewards on offer in these countries relative to other European players," it said.

"We expect Kazahkstan's coal production to reach 123 million tonnes by 2017, at an annual average growth rate of 2.1% from 2012. Our forecast is slightly below the government's aim of achieving production capacity of 138mtpa by 2016 and up to 151mtpa by 2020. Most of the growth will come from Bogatyr Coal, as the company enters the third stage of developing its Bogatyr mine."

Lindsay Clark, GM for minerals processing at XT, said the company recognised the importance of Russia and the CIS regions, especially the potential of the future projects and expansions in these regions.

"We have been working in the region for some time, from our very first IsaMill in Kyrgyzstan Republic, to other recent IsaMill and Jameson Cell projects in Russia and Kazakhstan," Clark said.

The country is holding a number of events, such as Astana Mining and Metallurgy Congress in early June (which will also host the World Mining Congress Organizing Committee), and MiningWorld Central Asia in mid-September in an effort to raise its profile.