Companies have signed deals worth more than £700 hundred million pounds during the historic first visit by a British Prime Minister to Kazakhstan. 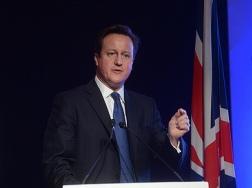 Prime Minister David Cameron became the first British premier to visit Kazakhstan when he touched down there yesterday. A business delegation of 30 small and large companies from a diverse range of sectors including energy, high tech manufacturing, education, architecture and financial and professional services sectors have joined the Prime Minister for this historic trip.

The UK and Kazakhstan already enjoy a strong trade and investment relationship based on free market access, significant two-way trade and regular dialogue at senior levels. The UK is one of the largest investors in Kazakhstan, having provided almost £10 billion of total foreign direct investment since the country's independence in 1991. UK exports to Kazakhstan in 2012 were valued at £375 million, but the country remains a source of untapped potential.

"Kazakhstan is emerging as the dominant economy in central Asia and offers many opportunities for British businesses small and large across a wide variety of sectors. This first ever trade delegation led by a British Prime Minister demonstrates our commitment to strengthen the trade and investment links between our two countries."

Since 2000, the economy of Kazakhstan has been one of the ten highest performing economies in the world. The World Bank predicts that it will become a high income country by the end of the decade.

There are significant and attractive development opportunities for British companies of all sizes across multiple sectors but especially in oil and gas where leading British companies including BG Group and Shell have long-term investments. Kazakhstan is currently developing the Karachaganak gas condensate field, one of the largest in the world and the Kashagan oil field, the largest deposit found in the last 30 years. The British government is confident that UK expertise and knowledge in this sector means that the UK is well positioned to secure a significant proportion of contracts due for award within the next 18 months with a value in the order of US$5 billion (£3.3 billion).

In addition to oil & gas there are also high profile opportunities in other sectors. There is growing co-operation in the vocational education and skills development arena. Kazakhstan has a large well-funded programme to expand, improve and modernise the sector. Kazakhstan is hosting Expo 2017 in Astana. The theme of the Expo will be 'Future Energy'. This presents commercial opportunities for UK companies in many sectors including renewables and green technology sectors as well as in architecture, event security and publicity. Kazakhstan will also host the 2017 Winter World Student Games which presents opportunities for British companies in design, construction and event management. Kazakhstan also has an ambitious new space technology development program and is devoting funds to further develop their scientific and technical knowledge.

Several British and Kazakh companies are expected to sign a number of contracts and memorandums of understanding to pave the way for closer co-operation between businesses from both countries in a number of areas.

Among the deals to be announced today in Astana are: