“GOLDEN HEPHAESTUS” FOR MMC ARTIFICIAL INTELLIGENCE WAS AWARDED TO INTELLISENSE

Application for optimizing the grinding cycle with the help of artificial intelligence by the “IntelliSense” company was awarded prestigious prize0 for “The Best Digital Solution for MMC” at the annual International Mining and Metallurgy Congress AMM in the city of Nur-Sultan, reports the press service of the Autonomous Cluster Fund Tech Garden.

In Kazakhstan, this solution is applied by the processing plant “Pustynnoye” of the Altynalmas JSC, according to the IT and Cordorate Develoment Vice-President of the Altynalmas JSC Zhanar Bolatbekovna Amanzholova, “confirmed annual economic factor for the gold mining company amounted to 1.3 million dollars, and additional qualitative improvements were obtained”.

“We would like to thank the ITECA organizers for this event and the Altynalmas JSC for the site provided for the projects implementation and valuable cooperation! We would like to note the importance of such events and awards; they join employees of our industry and motivate them to move forward”, said the Director of the Technological Development Center of IntelliSense-LAB Andrey Tyan. 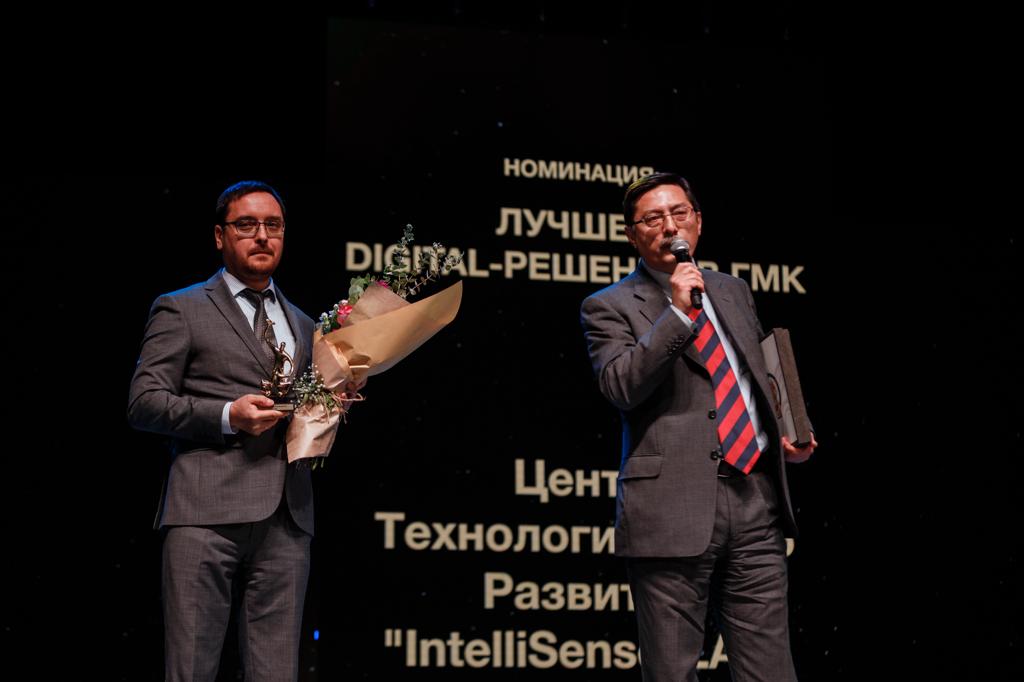 Annual competition “Golden Hephaestus” is held within the frameworks of the “Astana Mining & Metallurgy” (АММ) Congress. Its participants are specialists in the sphere of geology, mining and metallurgy, employees of design, scientific, educational institutions and enterprises, as well as journalists who write about the mining and metallurgy industry in the Republic of Kazakhstan.

Competition “Golden Hephaestus” is especially significant for the industry participants since this is the most prestigious republican award for the MMC experts. The first “Golden Hephaestus” statuette was awarded to Nursultan Nazarbayev, the first President of the Republic of Kazakhstan, thus setting the highest level of professional and creative requirements to the projects of future competition participants.

Technological Development Center “IntelliSense-LAB” was established by the JV Autonomous Cluster Fund “PIT” acting under the brand of Tech Garden and British company IntelliSense.io for transferring AI technologies for MMC.

Autonomous Cluster Fund (ACF) Tech Garden is a governmental organization established by the Government of the Republic of Kazakhstan. Innovation Cluster Tech Garden is a professional environment for developing innovations demanded by industry and business.